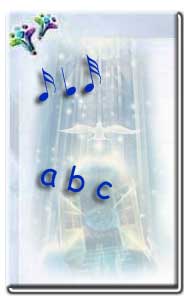 We use all kinds of words to describe something, even when it is indescribable. The idea of a Stargates into different dimensions has been shown on many You tube videos.

When we use words that portray an idea, then it’s our individual perception about the idea that gives meaning to a word. Many people visualise an open doorway with streaming light, but you might have a different vision. So you see, we can create our own ascension portal through our creative imagery. Visions are living things and the power of loving those ideas, feelings or even if they are fantasies created by our mind, if it is done with the intent to fully wake up, (meaning to be able to go beyond our monkey mind), then we will become very powerful human beings. Holding on to ideas that shift our perceptions from our physical dream is also without a doubt assisting the planet’s ascension process.

How do we create our own ascension portal?

Each person has to create their own ascension portal. That way our ascension portal is coded with our own evolutionary pathway. We can’t do it for someone else! For each of us the process into a heightened vibratory state of awareness is different. We are nevertheless interdependently linked since we chose to be here at this momentous time of Change! As more and people on the planet create their own ascension portal, together it becomes a, vortex of energy that will affect everyone. Our aura energy expands and grows due to our awareness, while at the same time we allow a greater cleansing and clearing to take place within ourselves. As we move onwards, homewards, towards that moment that our third dimension is no more, we move into a fifth dimensional plane. For those people who are not ascending as of yet, we will have gone.
This ‘shift’, as we call it, has happened on the planet before now. The Mayans are one example. Most of our readers who are drawn to this and similar websites have gone through the ascension process before, but might not have succeeded. That could mean that your ‘ascension codes’ are already there, but they have to be fully activated. This activation process was the inspiration behind the most sacred truth contained within us all, which is that of everlasting Life, which even means Physical Immortality. It was this awesome possibility to physically ascension from this reality that has held my passion for the last ten years. It manifested itself through the decoding workshops, written about in The Body Codes of Light workbook. Through the journals of Ingrid, Richard, Annelies and Liesbeth readers can also experience ‘second hand’ what it was like for them, and what the ascension process is like for the Jaarsma Clan during our turbulant times.
The reader You the creative observer creates a backdrop in your mind through our creative art of story telling. It’s the energy of this backdrop that is responsible for re-establishing an ascension portal; especially if it is taken from the akashic records of the reader.
Namasté
Nadine May http://www.ascensiontopics.com
You may not be able to take “it” with you, but whatsoever you may do, be, or have in time and space, is already waiting for you here, times 10,000.
Don’t hold back,
The Universe