Jaarsma Clan (The Jaarsma Clan is a group soul incarnating through a genetic lineage called the Jaarsma clan.) Some of the individual souls or characters mentioned below, belong to this group soul lineage. The Jaarsma Clan is an example of an ancestral lineage. The concept of what is a group soul, or an ancestral lineage is dealt with in the Awakening novels. Through their website the characters below are exploring and mapmaking their ascension journey. (An awakening process about how the human mind influences the biological codes that creates a physical reality) They come to life in cyberspace, reflecting you the visitor! Each of the nine main characters have a larger history behind them that shaped them to who they are during the transformation, but as an introduction I’ve narrowed their role down to one paragraph.

POWAH is the celestial guide character that oversees the Jaarsma group soul throughout all the novels. POWAH also represents a very evolved being who played a role in that he belonged to the original genetic scientist group that created ‘the program Planet Earth‘ for the human species. When they (the group of scientists) discovered what had happened during an incarnation into a human form, which they partly embodied as well on a Nephesh soul level, a plan came into being. (POWAH in the novels is reflecting an ascended master, higher self, or a spiritual guide to the reader…)

Liesbeth or also known as Tulanda She is the the editor who brings the characters of the Jaarsma clan to life by transforming their journals into novels .Through this blog she will share her perceptions about a parallel universe with us, especially when her journal Collision & Parallel Realities is written. She appeared in the first ascension novel The Awakening Clan.
(Visitors to this blog will find that some of characters, or personality types, resemble themselves. Liesbeth often represents the higher self that is awakening within each reader) she is a soul that chooses to incarnate in a human form as a walk-in instead of going through the natural birth process. Because of her very high calibration on a consciousness level, her persona type is more of an artistic expression of the tragic romantic. The character type no: 4 the Romantic. She is the editor and creative writer of the Jaarsma Clan. During her first 40 years as Liesbeth she has seen it all, but has been able to survive her own created reality and has woken up to her true purpose during this life time as a walk-in. She fully awakens within herself the other higher alter ego, that simultaneously lives in a parallel world. Since this phenomenon is still very new to many, she likes to be known as Liesbeth rather than Tulanda.

Starseeds – Walk-ins
My first story character was Liesbeth or Tulanda. I could never understand why I started with a character that had two names, but now I do.
In 1995 when I started writing the first Awakening novel I was very aware that not everyone on Earth is from Earth, but to make up a character that is a starseed or a walk-in in itself, that needed some investigation. Now after many years I know for a fact that there are those who are here from other planets and civilizations or another universes. Tulanda is such a character. Through her my imagination can explore the idea of how life on other planets with similar human beings, universes or with other life forms could be.

In Liesbeth’s (or Tulanda’s) Journal, Collisions & Parallel Realities which will be the fourth level in the awakening to our ascension series – the merger of both soul signatures: Tulanda and Liesbeth is described in such a way, that many readers will experience that they themselves could relate to being a Walk-in or a starseed themselves.

The story goes that they both awakened to their soul purpose years before they joined the others in an awakening process. They are also both Starseeds. Liesbeth, and Hans, her partner describe where they come from in the first 4 novels. They walk around in human bodies, but in truth they can shape shift into forms that are not human. In their case they can shift into a light body and be seen by others in their dreams.

Both Liesbeth and Hans were child – walk-ins. In both cases there was a contract made on a group soul level and throughout the novels the reader will find out how it was played out. Both Hans and Liesbeth had very advanced psychic abilities as children, but they only met each other late in their human life (written about in The Awakening Clan.) Hans represents the character type no: 1 the Perfectionist. He is the most aware – awakened of the Jaarsma Clan ( next to Tulanda). and is able to manipulate realities, has the gift of healing and  is the financial adviser of Toon Haardens.

Who the mother and father was of the girl child later known as Liesbeth – host human body, will be revealed in Richard’s journal: The Cosmic Traveller.

Who the mother and father was of the boy child later known as Hans – host human body, will be revealed in Annelies’ journal Vanishing Worlds.

Annelies (she has taken on the role of a character type no: 8 the Asserter)

She is the center character around the genetic decoding workshops. Her powerful persona holds a strong vibration necessary to lead the others on their journey. Her own journal Vanishing Worlds is a true reflection what it means to be a strong personality, with both psychic and clairvoyant abilities.
Maybe at first she comes across somewhat opinionated, but she is very

compassionate towards others who have an intent to make a difference. She is the facilitator of the genetic decoding card making workshops in all Nadine’s novels. Her decoding workshop will soon be published as the workbook The Body Codes of Light. Annelies represents any person that is seriously drawn to become fully awakened and wishing to fully partake in the ascension journey.

Tieneke She is the facilitator of the Art-analogue Symbolism mind drawing workshops in the novels.

These workshop exercises are published in the workbook titled: The Language of Light. She represents any creative person that is interested in learning or embodying the qualities of The Language of Light, the language of their soul, in order to activate their soul purpose and passions in this lifetime. She has taken the role of a character type no: 6 the Questioner .

He is the main character of the second and third novels The Astral Explorer and The Cosmic Traveller.

He lectures on Egyptian Myth and Legends as it relates to the awakening, as well as to the ascension process. He writes about our ancient ancestors who were also exploring who they were, where they came from, and where they thought they were going to after they passed over. (many readers will relate to Richard’s energy, being intellectual by nature) He has taken the role of a character type no: 9 the Peacemaker.

Trevor Zwiegelaar He has taken on the role of a character type no: 3 the Achiever. A good friend of Annelies who covers controversial topics that relate to the transformation of planet Earth and the human population. He gathers all the scientific, or other well documented material about the possibility of awakening to full consciousness. (Many readers who like conspiracy theories will relate to his character)

Toon He has taken on the role of a character type no: 7 the Adventurer.  He appears very strongly in Ingrid’s journal: The Awakening Clan. He is a philanthropist who has a passion to build sustainable communities around the world.

Toon will share all his knowledge about how we can all save planet Earth from total destruction. He represents male energy, or The fool (in the tarot) that often is needed in order to live on the edge while taking action.

Ingrid She has taken on the role of a character type no: 5 the Observer. the main character of The Awakening Clan represents people who hold a lot of doubt about the metaphysical world although she was always drawn to esoteric philosophies. She is a very private person so exposing her unusual experiences through a journal was difficult. She has not written for this website, but she will when her baby is born, and growing up. She will write about topics concerning the education of young children, indigo or gifted children and so on.

Mien Du Toit She has taken on the role of a character type no: 2 the Helper.

She first appears in Richard’s journals as his aunt who’s family live in South Africa. She and Annelies are of the same age and they have known each other from the days that they both lived in South Africa. She has a close connection to the energy of the big tree, which both Annelies and Mien will write about. Mien’s main topic is to do with food and health. She lives what she writes about. She has a passion for cooking, but foremost what type of food is conducive to our ascension journey.

The many other characters in the novels all appear on the star map, which will be the chart that is used in the Awakening Game.

This ancient scroll that I inherited from my grandfather has been my inspiration and has played a major role in ‘the discovery of the Language of light symbols’ in Richards journals. 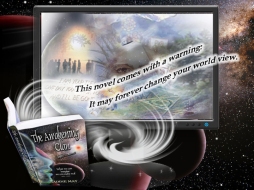 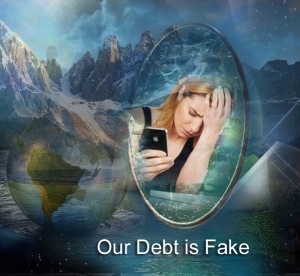