How can we enlighten the lead of depression, fear and despair that holds so many people hostage during these end of times? Could it be by asking the following questions?

Why were the Pyramids of Egypt built?

How did the Ancient Egyptians manage to place the Great Pyramid of Giza at the exact center of all land mass on Earth? The east/west parallel that crosses the most land and the north/south meridian that crosses the most land intersect in two places on the earth, one in the ocean and the other at the Great Pyramid. The Great Pyramid is a true masterpiece and has rightly earned the title of a “Wonder”. It was built with such precision that our current technology cannot replicate it. There are so many interesting facts about this Pyramid that it still baffles archaeologists, scientists, astronomers and tourists today.

Next to the Pyramid of Giza is the Sphinx. Why was that built?

I asked these and many more questions while writing the novels: The Astral Explorer and The Cosmic Traveller  Despite years of research, no evidence has surfaced of its actual date or the purpose of construction. The name Sphinx apparently stems from ancient Greek mythology referring to a beast with a lion’s body, a woman’s head and bird wings. Similar statues exist throughout the excavations of ancient Egypt and are sometimes referred to as Horus, an ancient Egyptian deity. However, throughout history, “Sphinx” became the defining title for this particular construction.

How did Plato come up with the proposal that the basic structure of the Earth evolved from geometric shapes now known as Platonic Solids? 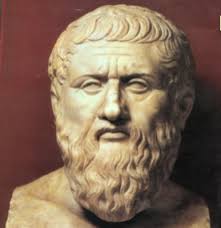 We know that Plato was a philosopher in Classical Greece. He was also a mathematician, student of Socrates, writer of philosophical dialogues, and founder of the Academy in Athens, the first institution of higher learning in the Western world. BUT WHO WAS HE REALLY? Was Plato right in launching a project that has lasted for millennia and shaped a civilization ? So what of Plato’s own life? There are two ways we know something about him: facts and myths. The facts are relatively sparse.

The myths are plentiful.
He was born in 427 BC, into an old Athenian family, and died in 347 BC. This meant that he grew up during the long and bloody Peloponnesian war, and then lived much of his adult life during times of political upheaval and civil war. It is said that on the day he first heard Socrates speak, when he was 20 years old, he stopped, burnt his manuscript, and turned to follow the sage.
Could this bearded man from Athens ancient history know about space and time? What did he know about physics that the scientists of today are still battling with? No one expects that the future of physics could flow from his centuries-old pen, but what if it did?  Did he know about the molecular building blocks, or what we call today nucleic acid, the “NA” in DNA (deoxyribo-nucleic-acid) and RNA (ribo-nucleic-acid)? And what do Plato and Akhenaton have in common?

He was one of the most controversial Pharaohs to rule Egypt. According to Egyptian Mythology he descended from the gods who arrived on Earth at the time of Tep Zepi and until today many people still believe that this Pharaoh did in fact come from the Stars.
Akhenaton claimed to be a direct descendant of Aton and like any other pharaoh Akhenaton regarded himself as divine. He was a God, but not only did he believe himself to be a god, the whole nation saw him as a god and worshiped him as one. During his time as Pharaoh Akhenaton made numerous changes but he also ordered the construction of a new capital city which he called Amarna and he dedicated it to the sun.

Historians generally agree that the tablet was found in a secret chamber under the pyramid of Cheops around 1350 BC. Its Egyptian author, Hermes Trismegistus, has become synonymous with ancient wisdom.
Who was he? Many scholars have long held Hermes Trismegistus to be the equivalent of the Egyptian god Thoth, which certainly suggests he was not a real person.
His  Philosophy, about the timeless science of soul keeps popping up despite centuries of effort to suppress it. The basic idea is that there exists a divine or archetypal level of mind that determines physical reality, and individuals can access that realm through direct knowledge of God.  So…Who wanted that knowledge to be hidden?
Although it was not officially part of the Corpus Hermeticum, the Emerald Tablet suffered the fate of all writings attributed to Hermes  and the Occult. Its knowledge went underground in a variety of secret organizations such as the Rosicrucians and Freemasonry. Occult (from the Latin word occultus “clandestine, hidden, secret”) means “knowledge of the hidden.
The Emerald Tablet is quite short and

deals with the nature of magic and the creation of life and matter by one God.

“Leave the senses of the body idle, and the birth of divinity will begin.” – Hermes

The tablet contains Natural Magic, the second Celestial, and the third Ceremonial.

Many people today are attracted to the virtues of the Elementary World. Others have awakened to their psychic abilities, and then the Celestial World comes alive through writing about the rays and influences thereof.  According to the rules of Astrologers, and the doctrines of mathematicians, they ratify and confirm all these with the powers of divine Intelligence.

Plato arguably reigns supreme when it comes to asking good questions, and The Emerald Tablet not only operates on the grand scale of  personal enlightenment, but also on an every day, day to day level when you are seeking answers to questions and situations.  Each question or situation you find yourself to be in represents a different aspect of the whole macro process of enlightenment.

As the old saying goes the truth will set us free.
I feel that today we have reached an age, or an awareness, or an awakening that our pre-ancient forefathers wanted to share with us through their monuments and written text. Each person living on the planet today has the tools to create a Golden Age.

We will soon conquer gravity like the builders of the pyramid must have done, and we will soon overcome space and time and move effortlessly throughout the galaxy, like the alien visitors from afar. Thousands of years worth of prophecies, from every major culture around the world were given by our forefathers to help us understand that what we can imagine we can make real.  We can all lighten the load of depression, fear and despair by knowing that it was done before!

It is in the the universal knowledge, that unseen cosmic swirl of energy and information that we must all tap into for our answers – for all our answers come from Above and all our questions come from Below. We live on a planet where gods and myths are alive in the landscape, where visions of the spiritual world and mystical experiences are abundant.
It is all part of the Earth’s many-layered spiritual body. Our Planet is unique,  (so far) Earth is the only planet capable of sustaining life in our Solar System and so far in the universe, but what makes it more unique are the incredible mystical monuments that are scattered across the globe. Telling us that WE ARE ALL ONE!

3 thoughts on “When will Achient past catch up with our present?”