What are timelines?
Timelines are pathways to future outcomes. …A timeline is a 3D reality that uses time…Time takes you in a direction with a set of experiences. In this blog, I’ve written about the choice of three different timelines on a 3D Earth-like reality structure. They are:
A Unity Consciousness reality – a Golden Age Harmonious Civilisation…
A New World Order reality – Powered and Controlled by a few Elite…
A Transhumanism reality – AI controlling humanity’s thoughts, feelings and beliefs.

Most people believe that they are trapped in the 3D physical timeline reality with no financial freedom, but that is simply a limiting belief. We are spiritual beings in a human body with unlimited manifesting potential due to our free will, if we use it.
Have you ever heard of the proposed new quantum financial system: Nesara/ Gesara?

I needed to learn that people will change when they are ready to change. If they do not feel or understand what you are sharing no matter what or how you present it to them, they are not ready to awaken, or their perceptions are very different. We cannot hold any judgements.

We now live during the shifts of several different timelines. It’s hard on everyone no matter where you live. To understand this topic from a Visionary perspective, I searched for the meanings of why we live during these end times. By writing my novels over the course of many years, I looked at three fundamental pillars of human society and how they might evolve over the coming years.
Human beings are reality shifters and manifesters of anything and everything by their thoughts, feelings and beliefs, so are we evolving or devolving?

Every individual must choose for themselves which of the following timelines they want to follow. To stay in denial might work for some people, but it then will get a lot harder to cope with unacceptable “laws” which are NOT lawful.
The three different reality timelines ‘soon’ become stable, meaning people have made the choice either consciously or unconsciously.

The First and most positive timeline option:

A Unity Consciousness Reality – a Golden Age of Harmonious Civilisation

A Golden Age (for me) is a reality where our psychic abilities like Telepathy and clairvoyance are awakened and used. Our unpolluted beautiful planet is shared with all other kingdoms in harmony. It’s an untroubled and prosperous era during which people live by exploring their potentials in art, science, intellectual activity, technology, including space travel and where spiritual freedoms are practised and where GESARA: the Global Economic Security and Reformation Act is established around the world.

Others have chosen to move into a 3D timeline where transhumanism is like a robotic reality that will merge with the biological human form. ( Thinking of the 3rd matrix movie when Neo merges with the AI machine) again depopulation on the planet through all different ways is deployed, often in unethical circumstances.

It is a reality that will enable humans to be smarter, stronger, and more capable than we are today through AI technology. Wearables will be like science fiction bodysuits that will increase physical strength. In this 3D timeline, ( for example) contact lenses that can take pictures or videos.
Universal language translator earbuds allow us to communicate anywhere in the world. (For me it will be a death of the human soul.)

It’s my understanding that our manifesting potential individuality is unlimited with the involvement of spirit, but that our collective humanity field consciousness frequency is in trouble due to the evil and manipulating powers that have a negative agenda for the human species.

Each individual must take responsibility for their frequency levels. We all can make a difference by merging our visions in the collective consciousness field of humanity. My vision is that we will merge with our rainbow light body.
The following Zulu statement says it all…
Ubuntu: ….If it’s not good for everyone it’s no good at all.

Thanks for reading or listening to my blog message.
Nadine May 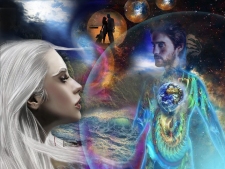 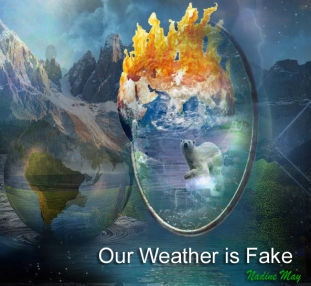