In this blog article I take my readers on a journey through that wonderful information source: the internet. More and more people like me have to increase our awareness to ‘Hidden Truths.
Being a visionary fiction writer, I will share my research (done for my forthcoming novel: The Reality Shifters ) through this blog and my articles on Hub pages.

Being a visionary fiction writer, I will share my research (done for my forthcoming novel: The Reality Shifters ) through this blog and my articles on Hub pages.

The many videos and articles about mind control, stargates ,extraterrestrials and crystal skulls is not always easy to absorb.

Our movie industry and science fiction authors have been inspired by them and script writers have explored many legends in depth.

TV series like Fringe,Lost and Travelers are a good example.

How are we to become aware of hidden truths?

While reading this blog and the Hub article on these topics, please listen to your inner voice as to what rings true for you, and what might be misinformation; especially when we read all about the Monarch mind control that has been going on for hundreds of years.

Josef Mengele, a physician working in Nazi concentration camps who is mostly known for performing grisly human experiments on camp inmates, including children, for which Mengele was called the “Angel of Death” still creates an especially horrific feeling within me. I will share with you why.

Before the age of twelve I was plagued by nightmares of enormous proportions, but they went away after I became twelve years old.  Many years later, during the early nineties, I wanted to know why I had had these nightmares so I allowed myself to be hypnotized. I underwent several hypnotic sessions where I recalled memories of a past life as a young Jewish girl in a concentration camp in Auschwitz. This life was cut short during my twelfth year.

Many more memories of other lifetimes have convinced me to start investigating.

Fifty + years later it’s my inner knowing that yes the system of enslavement, as worked out through organized religion/organized cults, ruling elites, corrupted justice system, fiat money, shadow government and all lower frequency ways of living will soon come to an end.

Our biggest challenges will now, more than ever, depend on how aware we are about the illusions of our realities. Be prepared for confusion from this lower density on Earth as more light (higher frequencies) is now coming through. Because our reality gets brighter and time gets shorter, what was hidden before is not being exposed by the light. Growing streams of wisdom reveals what is not yet integrated and needs to be put into practice.

During these ‘End Times ‘it is harder for many people,who are still operating from a lower frequency, to deal with the challenges ahead.

My own research leads me to believe that stargates are for real and that science is the equivalent of the Twilight Zone, Star Wars and Star Trek, all rolled into one. It’s my inner knowing that our third eye could also be a kind of Stargate, that is why I created this video.

The good news is that we can also look forward to nothing but awesomeness due to the frequency barrier that will soon disintegrate and be no more.

In other words, if enough people decide to do something about the poverty, injustice, lies, corruptions and physical abuse towards humanity, animals and our Planet, then everyone else will suddenly wake up through the power of the collective unconscious (the oversoul, the noosphere). This change will then be reflected in the Schumann resonance of the planet. We will then be able to heal and cleanse the entire planet and everyone and everything on it.

What is the noosphere

It’s a field and the word Noosphere was coined by Teihard de Chardinas meaning a large identity. The soul of Humanity is part of it. We call it Creation, but you may think of it as having many sub-parts with individual roles. One large energy field identity that includes all souls embodied or not. Everything that has a spirit life force and is part of that identity and contributes to it forms one collective identity. I Am that I Am.

In my novels I created a fictional over soul, The Jaarsma Clan, in order to bring this idea into a visionary plot that plays itself out during the end of times as we know it.

Do individual people tap into this field?

Yes we all do. Who had the idea first? Well many people often arrive at the same conclusion about something, be it a philosophy, an invention or an idea that can raise the level of our collective intelligence of an entire species. I feel that this includes our animals, mineral and plant kingdom as well.

Schumann resonances are global electromagnetic resonances, generated and excited by lightning discharges in the cavity formed by the Earth’s surface and the ionosphere.(Wikipedia )

The link to this article: Humans are waking up, has to do with our planet’s Heartbeat that is accelerating. It has long been suspected that human consciousness can impact the magnetic field and create disturbances in it, particularly during moments of high anxiety, tension and passion. We all know that has been happening on the social media when Donald Trump became the President. Enough said.

In my follow up post I will touch on the secret space programs, but for now know that human beings are Reality Shifters. That is a very powerful gift some extraterrestrial beings greatly envied and are even fearful off. That is why so much unrest is created all over the planet, so the human population will react in fear or anger instead of using their individual Reality Shifting abilities. 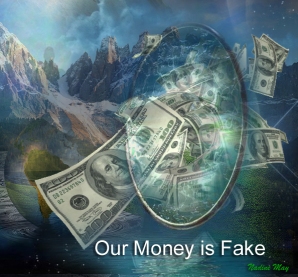